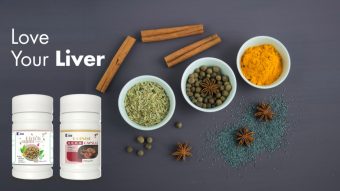 January is often a time that people take stock after the Christmas period but this year it is even more important as the numbers at risk have also increased during the Covid-19 pandemic. Many people have increased their alcohol consumption and gained weight during lockdown – the two biggest risk factors for developing liver disease.

WHAT IS THE LIVER? WHAT IS ITS FUNCTION?

The liver has multiple functions. It makes many of the chemicals required by the body to function normally, it breaks down and detoxifies substances in the body, and it also acts as a storage unit.

Hepatocytes (hepar=liver + cyte=cell) are responsible for making many of the proteins (protein synthesis) in the body that are required for many functions, including blood clotting factors, and albumin, required to maintain fluid within the circulation system. The liver is also responsible for manufacturing cholesterol and triglycerides. Carbohydrates are also produced in the liver and the organ is responsible for turning glucose into glycogen that can be stored both in the liver and in the muscle cells. The liver also makes bile that helps with food digestion.

The liver plays an important role in detoxifying the body by converting ammonia, a byproduct of metabolism in the body, into urea that is excreted in the urine by the kidneys. The liver also breaks down medications and drugs, including alcohol, and is responsible for breaking down insulin and other hormones in the body.

The liver is also stores vitamins and chemicals that the body requires as building blocks. These includes:

IS THE LIVER A GLAND OR AN ORGAN?

The liver is one of the vital organs of the body, responsible for hundreds of chemical actions that the body needs to survive. It is also a gland because it secretes chemicals that are used by other parts of the body. For these reasons the liver is both an organ and a gland; in fact, it is the largest internal organ in the body.

WHAT ARE THE SYMPTOMS AND SIGNS OF LIVER DISEASE?

The liver is a large organ and a significant amount of liver tissue needs to be damaged before a person experiences symptoms of disease. Symptoms also may depend upon the type of liver disease.

WHAT DOES THE LIVER LOOK LIKE? WHERE IS IT LOCATED IN THE BODY?

The liver is divided into two lobes and has a rich blood supply obtained from two sources:

Many diseases may affect the liver directly or as a consequence of an illness or disease that begins in another organ.

Hepatitis is an infection of the liver that causes liver inflammation.

Infections may affect the liver, including:

Liver inflammation is a relatively common side effect of medications. Some commonly prescribed medications include the following:

Genetic disorders can affect the liver, examples include the following:

Abnormalities of bile flow from the liver

Abnormalities of bile flow from the liver may lead to liver inflammation, for example:

Decrease in blood flow draining from the liver

Decrease in blood flow draining out of the liver may cause the liver to become congested and inflamed, two examples include:

CAN LIVER DISEASE BE PREVENTED?

KEDI HEALTHCARE has combined pure natural healthy ingredients that are botanically based and scientifically potent for healthy and sound liver functions (LIRICH and REISHI).