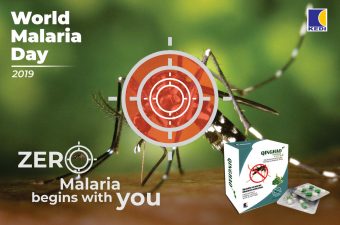 Malaria is indeed a life threatening disease that has overtime claimed the lives of many – young, old, male and female alike in Nigeria and all over the World. The estimated number of deaths stands at about 520,000 and still counting with over 70% of the total figure from Nigeria. The ever increasing mortality attributed to Malaria in Nigeria has become worrisome; this nightmare has hitherto made various Health Organizations and other Non-profit Organizations including World Health Organization, Nigeria Medical Association and others to pull forces together in a bid to contribute their quota towards the reduction if not the complete eradication of this deadly disease plaguing the country and the world at large.

KEDI Healthcare is not left out in the fight against malaria. Annually, various intervention campaigns and activities are carried out in different states of the nation to sensitize the citizenry on the history, prevention, causes, symptoms, and cure of malaria with the intent that adequate knowledge will undoubtedly help to push this plague completely out of the system with time.

KEDI Healthcare Industries Nigeria Limited commemorated this year’s World Malaria Day in grand style on the 25th, 26th and 27th of April, 2019 during her weekly seminar in all her Training Centres across the nation. The commemoration featured laudable activities like a thorough awareness campaign in all her Training Centres across the country followed by giving out soft below-the-line items to members of the communities who trooped out to be a part of the enlightenment campaign.

In line with KEDI Corporate Social Responsibility which entails forming a healthy synergy to immensely contribute to the growth and development of the Africa continent as encapsulated in her 5 year developmental plan; free quantum tests were conducted in some of our Training Centres in the country for those interested irrespective of the gender and age to aid early diagnosis which is said to be key when it comes to treatment of any ailment including MALARIA as it is widely said EARLIER IS BETTER . A specially designed Malaria Day Handbook with content such as: a brief history of malaria, prevalence percentage and tips on how to cure malaria; was equally distributed to everyone that attended the event.

The event was marked during their weekly seminar with the aim of sensitizing the attendees on the impact of malaria parasite as one of the World’s fastest agent of mortality rate with Nigeria having about 90% malaria mortality rate. As part of the activities used to mark the epoch event, a 45-minute apt presentation on the history, prevention, causes, symptoms, and cure of malaria was delivered by the Branch Marketers to the audience who were held spell bound throughout the session which turned out to be very educative and entertaining as well, as various graphical and current illustrations were used to drive the points home for better understanding.

In a bid to give the event a face lift, boost sales and hitherto unveil the new look of our preventive and curative products against all forms of malaria – Qinghao Capsule, a special branded T-Shirt promoting the new look of KEDI Qinghao Capsule was given out to the first 20 persons to make an instant purchase of 250PV in all our Training Centres across the nation. At the end of the event, a total of one hundred and ninety eight (198) people made purchases to the tune of 250PV across our 10 Training Centres in the country.

The event was basically hinged on reaching out to the grassroots and those in the hinterlands with the campaign against malaria caused by the female anopheles mosquito carrying the pathogen that causes malaria. However, showing the people a problem without an appropriate solution is like compounding their predicaments. KEDI Qinghao Capsule – an Anti Malaria Capsule that treats all forms of malaria- was recommended as a tested and trusted cure for all types of malaria.

Not less than one thousand, four hundred and thirty nine thousand (1,439) people attended the KEDI 2019 World Malaria Day Commemoration across board. Top leaders and distributors also came in from far and near to give testimony about KEDI Qinghao product – its potency and efficacy.

The attendees couldn’t hold back their excitements as they expressed their profound gratitude to the management of KEDI Healthcare for the laudable initiative and for lending a voice to the campaign against Malaria. The event recorded a phenomenal success as attendees left enlightened and empowered to live healthy and grow wealthy. Malaria is indeed a deadly disease and it not a respecter of persons. Together we must all join hands to bring to an end or at best to the barest minimum, the deadly disease called MALARIA.