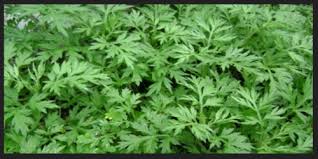 What is Artemisinin?
Artemisinin is an herbal compound mainly used within traditional Chinese medicine, derived from the Artemisia plant. The medicinal properties of this plant come from the upper shoots, leaves, and flowers. Also originally native to western Asia, northern Africa, and Europe, it’s now grown throughout North America as well.
Treatment for Malaria
Malaria is a very serious condition, taking many lives on an annual basis. Unfortunately, this deadly disease kills someone every 30 seconds, mainly within sub-Saharan Africa. Each year, 300 to 500 million people become infected, killing over a million with no vaccine to protect them.
In the early 1970s, Artemisinin was identified as an active anti-malarial ingredient. Since then, China and Vietnam have confirmed that it’s extremely effective, treating close to 100 percent of malaria cases. In fact, Artemisinin has had incredible effects on malaria patients within its first clinical trial.
In total, 18 patients were given this herb and within hours they felt better. Then within days, they had recovered. Artemisinin has the ability to destroy malaria parasites by attacking the cell membrane of the parasite itself. Since this incredible discovery, over one million malaria patients have been cured using this method. Outside of the United States, it’s the number one malaria treatment.
It has not yet been approved for use in the United States based on the fact that it has not worked in some cases. Researchers and scientists believe that this is due to patients not taking Artemisinin long enough. Many stop taking it once they begin to feel better and their symptoms subside, however, it’s critical to continue the required dose over a required period of time.
Targeting Cancer with Artemisinin
In limited studies, this supplement targets and kills cancer cells while healthy cells are unaffected. Although initial study results are still in the earliest stages, the results are promising. Artemisinin creates pro-oxidant effects when it comes into contact with cells that exhibit high levels of iron.
Although anti-oxidant effects are generally what yield positive health, there are specific instances where oxidation is actually beneficial. Researchers are now looking at specific compounds that provide pro-oxidant effects and Artemisinin seems to fit the bill.
When in the presence of iron, the two oxygen atoms in Artemisinin break down. In turn, selective free radicals are produced that destroy the iron that’s found in both cancer cells and malaria parasites. Basically, once Artemisinin comes into contact with iron, it produces free radicals that specifically target and damage cancer cells.
Amazingly, in cancer cells, iron levels can be 1000 times higher than normal cells. This is exciting, as Artemisinin could potentially act as a non-toxic cancer treatment. Since most cancers have large concentrations of iron on their surface, Artemisinin is believed to make a significant impact.
In laboratory settings, resistant breast cancer cells that accumulate high concentrations of iron were significantly impacted by Artemisinin. After 8 hours, Artemisinin had 75 percent cancer killing properties and after 24-hours, 100 percent killing potential, based on cells that were loaded with iron.

Other Benefits of Artemisinin
Not only is artemisinin used to treat cancer and malaria, but also offers the following health benefits:
• Sedative effects: This supplement contains compounds that help calm and relax both nerves and muscles. In turn, this helps promote relaxation and sleep.
• Anti-inflammatory: Artemisinin has been shown to reduce inflammation, swelling, and pain. It’s also been used to treat GI issues and a variety of autoimmune diseases.
• Anti-bacterial: Artemisinin offers anti-bacterial properties and for this reason, it’s often used to treat wounds, helping them heal. When suffering from skin lesions, this herb can prevent infection and reduce pain.
• Oxygenator: If you have heard of oxygen treatment, this herb offers similar effects. It breaks down infectious or parasitic particles in the body, destroying them before they cause damage. It’s even been shown to protect healthy cells while destroying unhealthy ones.
Potential Side Effects of Artemisinin
It’s important to discuss Artemisinin with your doctor before your first dose. The herb can potentially interact with other medication, especially those that are taken to treat seizures. Artemisinin may also affect liver and kidney enzymes.
How to Take Artemisinin
When administering Artemisinin, it’s suggested that you take this supplement with food. Typically, 400 to 800 mg can be taken daily (sometimes twice) for at least six to twelve months. After this time period, doses can slowly be reduced. At doses this high, you can potentially target cancerous cells.
When trying to treat digestive issues or minor ailments, 100 to 200 mg taken orally is generally acceptable. With that being said, you should always follow the directions listed by the manufacturer.