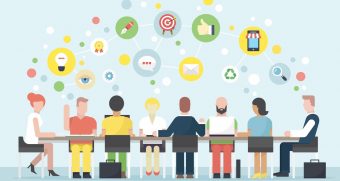 The event which began at 10am was attended by a host of  KEDI Healthcare delegates, Governor Representatives, Lecturers and KEDI top consultants from North-East were also present to Grace the event.

Two of  KEDI’S finest resource persons; Mr. Abdulateef Abdulafees and Mr.Raheem Abdulateef respectively gave motivating speeches on product presentation(TCM) and business presentation(compensation plan), and their outstanding and exemplary speeches proved that they are living testimonies of partnering with the best multilevel  marketing networking  in Nigeria. Their youthful nature added flavor to their presentations, which proved that KEDI   is where consultants live a life of sound health, financial freedom, time freedom, global exposure, home ownership, business ownership, car ownership, academic scholarship  and  hope for the youths.

Mr. Ladan, Mrs Rukkuyat , Mr Robision and Evangelist Henry were the key powerful pillars from that region holding a top managerial position with KEDI Healthcare. Their presence gave an extra ordinary attention, motivation and even gave the audience a positive view about KEDI.

It was recorded that about one hundred and forty seven (147) registrations were made at the seminar groundand a lot of registrations was still on. A star 5 KEDI member showed interest in opening a service center in neighboring state Bauchi State before 20th October 2017 were Buchi mega seminar will take place.