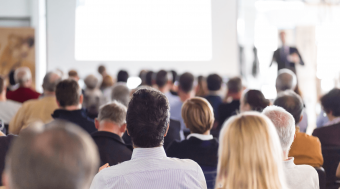 The event which commenced at about 12 noon began with an opening prayer which was led by Mrs Eliakwu Faith a KEDI consultant.

The welcome address was given by Mr Lawrence Abimbola who welcomed the crowd and telling them about the presence in Otukpo which will helpchange the lives of both the rich and the poor, the healthy and sick ones.

Miss Magaret Idonije, KEDI Northern Supervisor also passed her goodwill message telling them that KEDI is always happy to change any community that chooses to accept the benefits that surrounds the company both in terms of health and wealth.

The product presentation was given by Mr Surajudeen Jinadu, a KEDI Health consultant from Kaduna State. He started by engaging the crowd with different exercise skills, and adviced them to embrace the art of exercising everyday. He further explained the difference between KEDI Products and other products, and layed more emphasis about the curative aspect of KEDIherbal products when properly used, so as to get results faster.

Furthermore, He stated that the introduction of the NEW VITANATURE products is a welcome development to the existing and new Distributors. He also stated that as a consultant he has started recommending the new products and the testimonies of these products are been received.

The Business Presentation was given by Mr Kolawole Ismail a one star Manager in KEDI who explained how he joined KEDI after two years of been prospected by his up line ,Mr Kazeem Olaranwajuin Osun State .He explained the benefit of joining KEDI Business which includes the production of KEDI herbal products in Nigeria, KEDI friendly compensation plan, Financial Freedom, andno monthly purchase pressure .He further explained the stages of progress fromstar one to managerial level. He advised all to grab the opportunity, with KEDIin every stage there is reward because it is a network of people to achieve a common goal.

Mr Abimbola Lawrence a star 7 consultant and a Retired WAEC officerin Minna Niger state thrilled the hearts of the people by telling themhow KEDI became a plan B after retirement from service after 35 years of working in the Public sector. He said joining KEDI was one the best decision he has made, and that as a star 7 consultant he has started enjoying some of the benefits KEDI promised him. He said he has retired but he is not tried rather he wants to keep re-firing with KEDI’S good bonuses.

It was also stated that the first 3 people in the attendance list were given gifts by the regional manager Miss Margaret Idonije, and all those who registered were also given gifts.

Recorded present at the event were 300 people with lots ofregistrations and instant sales of products.