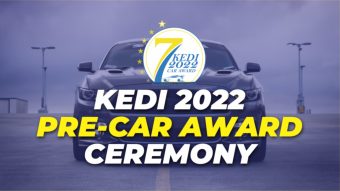 Four different states were agog following the glitz and glam of KEDI 2022 PRE-CAR AWARD CEREMONY which was successfully held in preparation for the forthcoming grand Car Award Ceremony.

As we earnestly prepare for the much-anticipated KEDI 2022 CAR AWARD CEREMONY which is slated to hold later in the year, the management of KEDI Healthcare Industries Nigeria Limited held PRE-CAR AWARD CEREMONY in four different locations across the country namely: Gombe in Gombe State, Akure in Ondo State, Agbor in Delta State and Owerri in Imo State.

The pre-car award ceremony was carefully organized in order to celebrate the old and new car awardees as well as to show the world that KEDI lives up to her promises and even exceeds expectations which is why KEDI is known all over the world as the partner that can always be trusted.

A mammoth crowd turned up for the event in Gombe State on Saturday, 21st May, 2022, regardless of the weather. The large hall could barely contain the crowd which consisted of distributors and non-distributors who are inhabitants of Gombe State and other states in the Northern region. About nine Service Centre Owners from the Northern region were present at the event and each of them took turns to address the crowd who listened with rapt attention as they shared their KEDI story. After the event, hundreds of distributors ran to the podium to register and enjoy the life-changing benefits as enunciated by the speakers.

The ancient city of Akure, Ondo State was remarkably KEDIFIED on Saturday, 21st May, 2022. Hundreds of people registered after the lecture and testimony sessions delivered by the Lecturers, Top Leaders and Car Awardees present at the event. New distributors who were hitherto struggling with their KEDI business were rejuvenated and strengthened to carry on when they saw the cars given to the Car Awardees by KEDI management. The Car Awardees extended their appreciation to KEDI for making them car owners in their lifetime.

Despite the insurgence and movement restrictions placed on some part of the Eastern States, the event was still a success in Owerri, Imo State. Held on Sunday, 22nd May, 2022; the event climaxed when the old and new car awardees were introduced to the crowd after the mind-boggling training sessions handled by Dr. Joshua Onodugo and Mrs. Lilian Anyiam respectively. While Dr. Joshua Onodugo handled and intensive session on the benefits and proper usage of all KEDI products, Mrs. Anyiam Lilian did justice to the rudiments of KEDI business. The attendees left the venue mentally-equipped and ready to reposition their business for success.

Top leaders in the South added glam and colour to the event in Agbor, Delta State on Saturday, 28th May, 2022. Each of them shared testimonies on KEDI products, business and the different privileges that KEDI offers her distributors. The Car Awardees displayed the cars they won courtesy KEDI Car Award Promo as the excited attendees rallied round them to take pictures with the KEDI CARS as they equally hope to enjoy the same privilege and more from KEDI in no distant time.

In a post-event interview, the attendees expressed their gratitude to the management of KEDI as they look forward to the forthcoming KEDI 2022 Car Award which they opined will be undoubtedly glamorous.

While we heartily congratulate all our Car Awardees, we urge our distributors and customers all over the world to get ready for our 2022 CAR AWARD CEREMONY as it promises to be massive and lit. The details of the grand event will be circulated on all our information channels very soon. Stay tuned!!!