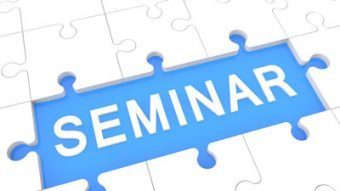 The secret of peak performance does not lie in vague tablets of theories but are deeply rooted in practicable methods and systems whose ignorance may impede its intended motive. It is against this framework that several performance driven seminars were held in different Cities and States across the country with the aim of empowering the people with the essential knowledge needed to explore the riches embedded therein.
In the month of February, KEDI left no region of the country untouched as her impact was greatly felt in different towns and hinterlands across the nation in order to alleviate the mental poverty of the people as well as provide succour for inhabitants of the communities where the seminars held.
As a growth-oriented organization that strives to make a positive difference in the local communities which we serve, we are committed to continuously providing not just quality healthcare products but the knowledge of Traditional Chinese Medicine, its quintessence, effectiveness, methodologies and usage until every single living being embraces in totality its core essence to mankind. The intricacies of KEDI lucrative business platform was also unfolded to the astonished audience in bits for easy comprehension.
The ongoing Car Award Promo which has produced winners from the different regions of the country contributed immensely as a mammoth crowd was received at the different venues of the seminars. Some of the Cities and States where these awesome seminars were held include: Gombe Town in Gombe State, Aba in Abia State, Hadejia in Jigawa State, Makurdi in Benue State, Calabar in Cross River State amongst others.
Representing the company at these notable events are Mr. Nathaniel Adede – South Regional Officer, Mr. Emmanuel Ogazi – South East Regional Officer, Miss Kelechi Onyeri – North East Regional Officer, Mr. Nicholas Anigala – North West Regional Officer and Miss Magaret Idonijie – North Regional Supervisor.
Dignitaries, Top leaders and distributors were not left out of the glamour as they trooped into the venue to not just give the seminars a facelift but also to affirm to the audience the veracity of KEDI unbeatable healthcare products and her life transforming business platform. A few of them include: Mrs. Tingir Sewuese, Mrs. Josephine Oko, Mr. Olaoluwa Atunwa, Mr. Emmanuel Atule, Mr. Inaolaji Nuremi, Mr. Emmanuel Kejirovwo, Mr. Efuman Abubakar, Alhaji Adamu Ibrahim, Dr. Kawuwa Bakari, Dr. Rich Adiele, Mrs. Remmy Okeke, Dr. Joshua Onodugo, Mr. Olufemi Amusan, Mr. Muritala Shina, Mrs. Effiong Esther, Mr. Olayinka David, Mr. John Ushiele, Mr. Liman Nasiru, Mrs. Esther Lalabe, Mr. Wankari Madugu, Mr. Suleiman Abdullahi, Dr. Bashiru Muhammed, Mrs. Ladan Ladi, Mr. Robinson Wilfred, Mr. Lukman Bello, Mr. Talatu Abubakar, Mr. Omaluwa Godwin, Mr. Bakari Yahaya amongst others.
One of the beneficiaries of KEDI 2019 SAUDI ARABIA TRIP was present at Hadejia Mega Seminar in Jigawa State to share his experience with the obviously curious audience who listened with apt attention. He recounted coherently how the all-expense paid International Trip completely changed his life and the face of his business, he thereby encouraged the audience to embrace without delay, the life transforming business platform that KEDI offers. After which, there were free quantum test, free use of KEDI blood massaging machine, free consultations and product prescription which led to not just an outpouring number of people to register but also instant sales of products as attendees were determined to avail themselves of the highly efficacious products.
Makurdi, the capital city of Benue State stood still for the first seminar in North Central for the year and as expected, it was greeted with a rousing attendance as the hall could barely contain the keenly expectant audience who came from far and near to enjoy the mind liberating message of KEDI. Preceding the event was a group meeting and a road show for thorough sensitization as well as a radio jingle which was aired on the State Owned Radio Station – Radio Benue to create massive awareness for the seminar and the inherent benefits of attending same. The seminar ended up becoming an “edutaining” seminar as the attendees were not just empowered, they were also thrilled to different cultural dances and other exciting varieties which made them leave the venue with so much ecstasy as they look forward to another seminar of such magnitude.
The city of Gombe was not left out of the empowerment movement as the attendance was a fusion of expectant audience and top leaders and distributors across the region who came to validate the event with their presence and also to ensure that the attendees receive the same mental liberation that they received many years ago. A knowledge-embedded product and business presentations were handled by seasoned lecturers who delivered in both English and Hausa language to eliminate language barrier and aid easy comprehension of the intended message.
The public declaration of one of the distributors who attended Calabar Mega Seminar to open a Service Centre of his own is a clear indication of the fact that the city was literarily taken over for KEDI. The attentive and deeply interested audience were impressed as the presiding consultant enumerated the different ailments that KEDI products can treat, this without doubts led to a great number of people to not just register instantly but also purchased the highly effectual products for themselves and their loved ones.
The mind liberating seminars had in attendance 1,322 people with about 354 persons registering instantly to enjoy the amazing privileges entrenched in KEDI.
It is no gainsaying that KEDI is religiously committed to the personal development and financial empowerment of the society at large and will continue to provide frameworks and resources needed to deliver excellence and contribute immensely to the wellbeing of mankind.