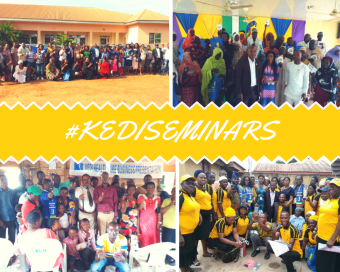 The KEDI car award ceremony which was held in June 23rd 2018 was indeed an amazing event as the awareness was created to various attendees and viewers worldwide. Due to the scenario the post car award seminars went on in various cities, states of Nigeria which its intent was to impact more knowledge to communities about KEDI Healthcare, and to make them understand the importance of TCM traditional Chinese medicine to human health, and bring health and wealth for better living in life.

KEDI Marketing manager in person of Mr. Sean Paul gave an outstanding speech, appreciating the crowd for accepting KEDI to their community. He congratulated the car awardees, and telling others seated to strive hard to become the next car awardee of this great MLM Company. He also told them of the travel promo that is ongoing and urged everyone to take advantage of this opportunity to explore the world.

Furthermore, various experiments were observed at the course of the Mega seminars. Mr. Ike Chijindu a KEDI product lecturer displayed the KEDI 7-Layer sanitary pad. In Mokwa, KEDI 7-Layer sanitary pad was also displayed and experimented. Moreover the car awardees were present with their cars and each car brought to the seminar were decorated with ribbons, and the awardees were immensely celebrated. In Nnewi a KEDI baby was brought forth and presented to the crowd to show the effectiveness of KEDI products. After the baby was celebrated, a gift was presented to both mother and child, and all were motivated by the amazing miracle of KEDI TCM product. A man with prostrate for 19 years almost wanted taking over the Nnewi seminar because of the wonders of KEDI products. He testified that he has never seen a medicine as powerful and effective as that of KEDI, and that he is so grateful to the lady that introduced him to this great company.

KEDI top lecturers gave intensive lectures on both business and TCM products. They focused on the efficacy of TCM, the method of application, and how to utilize the opportunity KEDI has created to become wealthy in live.

Also some of KEDI Top Distributors, gave an extensive speech on how been a member of KEDI Health can transform your life from a Zero Level to a Hero, of which testimonies were shared to  the audience seated for the event.

It was recorded that a total of 3,515 people were present for the August seminar, with about 452 people registering to join this great Multi-Level marketing company.

The distributors in attendance promised to work harder to take the company forward until her vision and mission statement is achieved. However, the August seminar was a huge success fulfilled.