FINALLY WE OPEN BRANCH IN ABUJA 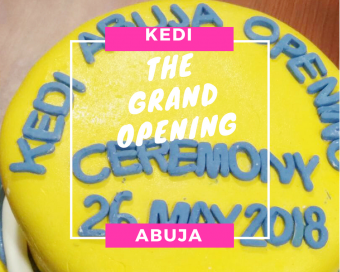 FINALLY WE OPEN BRANCH IN ABUJA

With the quest to promote the interests of her distributors and foster a good working relationship, KEDI Healthcare celebrated the opening of her Abuja branch office on the 26th of May, 2018.

The ceremony was graced by KEDI marketing officer in person of Mr. Ben Wu, also some Top Distributors of the organisation in person of Mr. Sunny Ojiaku, a 3 Star Director, Mr. Issac Ajisafe, a 3 Star Manager, Mr. Abimbola Lawrence, Mrs Ebiloma Favour, Mr. Marcus, and KEDI staff in persons of Mr. Gift Ukoba who took the lecture on Traditional Chinese Medicine, and Miss Margaret Idonije. These top personnel of the organisation contributed immensely to the success of the event.

Mr. Isaac Ajisafe, Mr. Gift Ukoba, and Mr. Sunny Ojiaku gave extensive lecture on both Business, and T.C.M products. They also advised all attendees on the importance of taking charge of their health with the popular saying “health is wealth”. They further shared their experi

ence so far in partnering with KEDI, and their achievements also.

Mr. Ben made a speech concerning the KEDI upcoming car award event. He also advised them to take charge of their generation using this opportunity, and promised that everyone who attends the upcoming event will go home with wonderful packages. He expressed his gratitude to the people of Abuja, thanking them for embracing KEDI in their environment, and promising them that at all time KEDI will be there for them.

The hall was filled to the brim as all car awardees were celebrated, and some distributors were also awarded the KEDI Car Award VIP ticket.

The event was a success as everyone present benefited from the lectures as the good news of KEDI was disseminated. It was recorded that the individuals who attended were two hundred and thirty four in number as everyone went home excited.