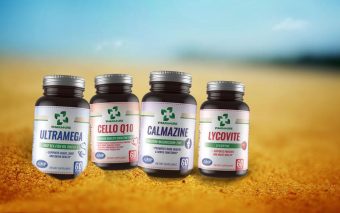 Mar 9, 2018 KEDI NEWS, NEWS by doris bourmel
It was an amazing event as KEDI Healthcare commences its VITANATURE tour,at her Ikeja Training Center, Alausa, Ikeja, Lagos on the 8th of March, 2018 where the first tour started. About 339 people graced the special occasion including one of the management of KEDI Healthcare in person of Miss Doris Bourmel. The first fifty (50) attendees were given free VITANATURE pen as a part of the free will gift for the tour. Members were not left out of the event as they were all involved in the activities of the day. Miss Grace, the training coordinator of Ikeja Branch welcomed the audience, congratulated all ladies in the house for International Women’s day, and she gave a detailed information on the benefits of being a KEDI member, shedding more lights on the bounty packages KEDI Healthcare has for the whole populace especially Africa. She also invited 3 distributors to the stage to give brief testimonies on the VITANATURE products. She also amused the audience with her comedy, as she made the hall lively for the participants. Furthermore, she asked everyone with the Valentine promo bag to stand up and posse with it as various snapshots were taken, and all echoed the slogan for VITANATURE together “LIFE IS GOOD WITH VITA NATURE”. Mr. Kingsley, the branch coordinator, also enlightened the audience on Multilevel Marketing (MLM) business which KEDI is involved in and how valuable it is, if an individual gets involved in the business. He, however, gave in-depth calculation on the compensation plan, and how to practice this lucrative business and achieve all the goals and dream in life. He called up a winner of the Valentine promo and awarded him his package in front of the much anticipated crowd. Mr Gift Ukoba, the lecturer of the day, spoke extensively on all the products of VITANATURE, their composition and benefits to healthy living. He however made a sample display of the Ultramega and CelloQ10 products. Mr Gbenga from Ikeja among others performed a sensory test on the Ultramega product which the sample was also passed round through the audience to confirm its significant smell. The first question and answer section came up, as the participants were awarded gifts instantly, and for the second question and answer sections the winners were given VITANATURE caps as the hall was filled with so much fun during this section. People who purchased the product instantly after the event went away with VITANATURE bag, T-Shirt, Cap and Pen, and for those who purchased four products at once were given hand massagers. A whole lot of VITANATURE products were sold out, as more crowd came collecting order forms for this VITANATURE products. The welfarism of the attendees was not left out as all went home smiling. This VITANATURE introduction tour will be taking place in various cities and states during March and April. In RIVERS STATE (Port Harcourt office) on Saturday, 24th March, 2018. In ENUGU STATE (Enugu office) on Tuesday, 27th March, 2018. In EDO STATE (Benin office) on Thursday, 29th March, 2018. In KWARA STATE (Ilorin office) on Saturday 7th April, 2018. In AKWA-IBOM STATE (Uyo office) on Saturday,7th April, 2018. In KANO STATE (Kano office) on Saturday, 21st April, 2018. The management therefore urges everyone to make good use of this opportunity so as to be well informed on the benefits of these great VITANATURE products.