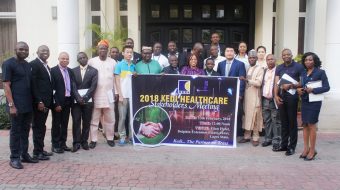 The management of KEDI Healthcare hosted the stakeholders of the organisation in deliberation of basic issues of concern that pertains to the organization, and how to see to the growth of the company, in Ellion Hotel, on the 13th of February, 2018.

This deliberation followed an adopted motion given by the stakeholders on the challenges of year 2017, and the plans for the new business year.

Present at the event were KEDI management in person of Miss. Doris, Mr. Sean, Mr. Ben, Mr. Joshua, KEDI marketing officers from all regions, and top distributors of KEDI Healthcare.

However, the event started at the exact hour of which the M.C in person of Mr. Emmanuel Ogbonnah, gave a welcome speech appreciating everyone present. He also introduced the Marketing Manager in person of Mr. Sean, who gave a short speech concerning the previous meeting and the improvement in the present one.

The lecture proper was in introduced by Mr. Gift Ukoba using slides to present the basic four topics to be discussed in the meeting. The topics were the 2017 performance, challenges, 2018 plans, and lapses and expectations.

He stated that the performance from some regions were low for 2017, and that each region should work towards improving in their seminars and sales in order for the company to expand as desired by them.

The Sales Manager Mr. Ben was called upon to give detailed information about the venue for the 2018 Car Award, and also for suggestions to be made by our stakeholders. He also showed a short video on the premises of the venue and also promised the distributors that the Planning Department will help in giving an overview of how the hall should look like for the car award.

Also the distributors were given a threat as they were ushered into the dinning for launch alongside the staff of the organization, and all were happy and called forth for meetings such as this.

Furthermore the meeting commenced after launch with a brief speech by KEDI Human Resource Manager Miss. Doris who gave a short story on her findings and the essence behind the new department been created by the organisation, which is to promo the company brand to be a household name and create more quality advertising materials for distributors. She further stated the importance of this department, and talked about rebranding of the company to look like that of Dangote.

So many issues were raised like the issue of Revive and the mark down prices of some of the company’s products which should be properly looked into because it is affecting the growth of the young distributors.

More observations were made, suggestions were raised and solutions were proffered, as the management promised to look into areas of concern. The meeting lasted for about five hours and closed with many progresses are achieved. 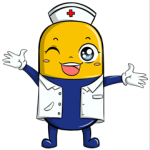