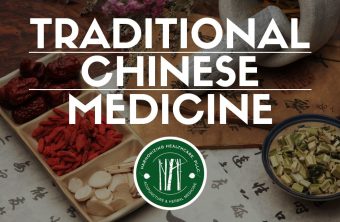 Traditional Chinese medicine (TCM) originated in ancient China and has evolved over thousands of years. TCM practitioners use herbal medicines and various mind and body practices, such as acupuncture and tai chi, to treat or prevent health problems. In the United States, people use TCM primarily as a complementary health approach. This fact sheet provides a general overview of TCM and suggests sources for additional information.

Acupuncture is generally considered safe when performed by an experienced practitioner using sterile needles. Improperly performed acupuncture can cause potentially serious side effects.

There have been reports of Chinese herbal products being contaminated with drugs, toxins, or heavy metals or not containing the listed ingredients. Some of the herbs used in Chinese medicine can interact with drugs, have serious side effects, or be unsafe for people with certain medical conditions.

For most conditions, there is not enough rigorous scientific evidence to know whether TCM methods work for the conditions for which they are used.

Tell all your health care providers about any complementary health approaches you use. Give them a full picture of what you do to manage your health. This will help ensure coordinated and safe care.

TCM encompasses many different practices, including acupuncture, moxibustion (burning an herb above the skin to apply heat to acupuncture points), Chinese herbal medicine, tui na (Chinese therapeutic massage), dietary therapy, and tai chi and qi gong (practices that combine specific movements or postures, coordinated breathing, and mental focus). TCM is rooted in the ancient philosophy of Taoism and dates back more than 2,500 years. Traditional systems of medicine also exist in other East and South Asian countries, including Japan (where the traditional herbal medicine is called Kampo) and Korea. Some of these systems have been influenced by TCM and are similar to it in some ways, but each has developed distinctive features of its own.

Although the exact number of people who use TCM in the United States is unknown, it was estimated in 1997 that some 10,000 practitioners served more than 1 million patients each year. According to the 2007 National Health Interview Survey (NHIS), which included a comprehensive survey on the use of complementary health approaches by Americans, an estimated 3.1 million U.S. adults had used acupuncture in the previous year. The number of visits to acupuncturists tripled between 1997 and 2007. According to the 2007 NHIS, about 2.3 million Americans practiced tai chi and 600,000 practiced qi gong in the previous year.

This fact sheet focuses on TCM as a whole. For information about some of the individual practices included in TCM, see the pages on acupuncture, tai chi, and qi gong on the National Center for Complementary and Integrative Health (NCCIH) Web site. Some of the individual herbs used in TCM are discussed in NCCIH’s Herbs at a Glance fact sheets.

Some Chinese herbal products may be safe, but others may not be. There have been reports of products being contaminated with drugs, toxins, or heavy metals or not containing the listed ingredients. Some of the herbs used in Chinese medicine can interact with drugs, can have serious side effects, or may be unsafe for people with certain medical conditions. For example, the Chinese herb ephedra (ma huang) has been linked to serious health complications, including heart attack and stroke. In 2004, the FDA banned the sale of ephedra-containing dietary supplements, but the ban does not apply to TCM remedies.

The FDA regulates acupuncture needles as medical devices and requires that the needles be sterile, nontoxic, and labeled for single use by qualified practitioners only. Relatively few complications from the use of acupuncture have been reported. However, adverse effects—some of them serious—have resulted from the use of nonsterile needles or improper delivery of acupuncture treatments.

Tai chi and qi gong are considered to be generally safe practices.

Information on the safety of other TCM methods is limited. Reported complications of moxibustion include allergic reactions, burns, and infections, but how often these events occur is not known. Both moxibustion and cupping (applying a heated cup to the skin to create a slight suction) may mark the skin, usually temporarily. The origin of these marks should be explained to health care providers so that they will not be mistaken for signs of disease or physical abuse.

When thinking about ancient medical systems such as TCM, it is important to separate questions about traditional theories and concepts of health and wellness from questions about whether specific interventions might be helpful in the context of modern science-based medicine and health promotion practices.

The ancient beliefs on which TCM is based include the following:

Chinese herbal medicine. The Chinese Materia Medica (a pharmacological reference book used by TCM practitioners) describes thousands of medicinal substances—primarily plants, but also some minerals and animal products. Different parts of plants, such as the leaves, roots, stems, flowers, and seeds, are used. In TCM, herbs are often combined in formulas and given as teas, capsules, liquid extracts, granules, or powders.

Acupuncture. Acupuncture is a family of procedures involving the stimulation of specific points on the body using a variety of techniques. The acupuncture technique that has been most often studied scientifically involves penetrating the skin with thin, solid, metal needles that are manipulated by the hands or by electrical stimulation.

The Status of TCM Research

In spite of the widespread use of TCM in China and its use in the West, rigorous scientific evidence of its effectiveness is limited. TCM can be difficult for researchers to study because its treatments are often complex and are based on ideas very different from those of modern Western medicine.

Most research studies on TCM have focused on specific techniques, primarily acupuncture and Chinese herbal remedies, and there have been many systematic reviews of studies of TCM approaches for various conditions.

An assessment of the research found that 41 of 70 systematic reviews of the scientific evidence (including 19 of 26 reviews on acupuncture for a variety of conditions and 22 of 42 reviews on Chinese herbal medicine) were unable to reach conclusions about whether the technique worked for the condition under investigation because there was not enough good-quality evidence. The other 29 systematic reviews (including 7 of 26 reviews on acupuncture and 20 of 42 reviews on Chinese herbal medicine) suggested possible benefits but could not reach definite conclusions because of the small quantity or poor quality of the studies.

In a 2012 analysis that combined data on individual participants in 29 studies of acupuncture for pain, patients who received acupuncture for back or neck pain, osteoarthritis, or chronic headache had better pain relief than those who did not receive acupuncture. However, in the same analysis, when actual acupuncture was compared with simulated acupuncture (a sham procedure that resembles acupuncture but in which the needles do not penetrate the skin or penetrate it only slightly), the difference in pain relief between the two treatments was much smaller—so small that it may not have been meaningful to patients.

Tai chi has not been investigated as extensively as acupuncture or Chinese herbal medicine, but recent studies, including some supported by NCCIH, suggest that practicing tai chi may help to improve balance and stability in people with Parkinson’s disease; reduce pain from knee osteoarthritis and fibromyalgia; and promote quality of life and mood in people with heart failure.

If You Are Thinking About Using TCM

Do not use TCM to replace effective conventional care or as a reason to postpone seeing a health care provider about a medical problem.

Look for published research studies on TCM for the health condition that interests you.

It is better to use TCM herbal remedies under the supervision of your health care provider or a professional trained in herbal medicine than to try to treat yourself.

Ask about the training and experience of the TCM practitioner you are considering. You can find information about the credentials and licensing of complementary health practitioners on the NCCIH Web site.

If you are pregnant or nursing, or are thinking of using TCM to treat a child, you should be especially sure to consult your (or the child’s) health care provider.

Tell all your health care providers about any complementary health approaches you use. Give them a full picture of what you do to manage your health. This will help ensure coordinated and safe care.