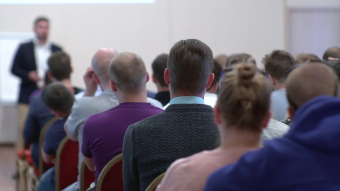 KEDI Healthcare stormed Abuja, as it launched her new Service Center, SC 441, and also her business empowerment seminar on the 29th of July, 2017 in Aula Plaza Mpape Abuja.

The event was anchored by Mr Gilberth, and it began with an opening prayer which was conducted in both Christian and Muslim respectively.

The Goodwill message was given by Kedi Marketing Manager; Mr. Sean Paul who opined that change is the only constant thing in life, and that with Kedi in Nigeria lives will change for good.

The product presentation was given by Mr Efuman Abubakar ,who gave a resounding lecture on how Kedi products can be combined to geteffective results. He also stated that Kedi products has set standards incuring some health challenges such as Diabetes, Stokes, Fibroid, Low spermcount, and more.

Mr Frank Nsirimobi, a two star manager in Kedi, Also gave a business presentation to the much excited crowd on how Kedi transformed himfrom a Barber to a Boss of his own. He went further to explain Kedi business stages and compensation plan to the audience, and also encouraged everyone to join the business.

Motivational speech was given by a Kedi 3 star Director Mr.Sunny Ojiaku, who was present to motivate the crowd. He narrated his experienceduring his recent trip to China and other achievements since his partnership withKedi Healthcare.

It was recorded that close to 500 people were present, and 60 registered at the center with lots of product sales.